I have a sturdy bag in my arms and something is moving inside of it. I will be kicked if I don’t hold the bag very tight and the Joey will take off. A Joey, or Joey Scout, is also a training program for Scouting in Australia. The program is named after the Joey, the baby kangaroo. 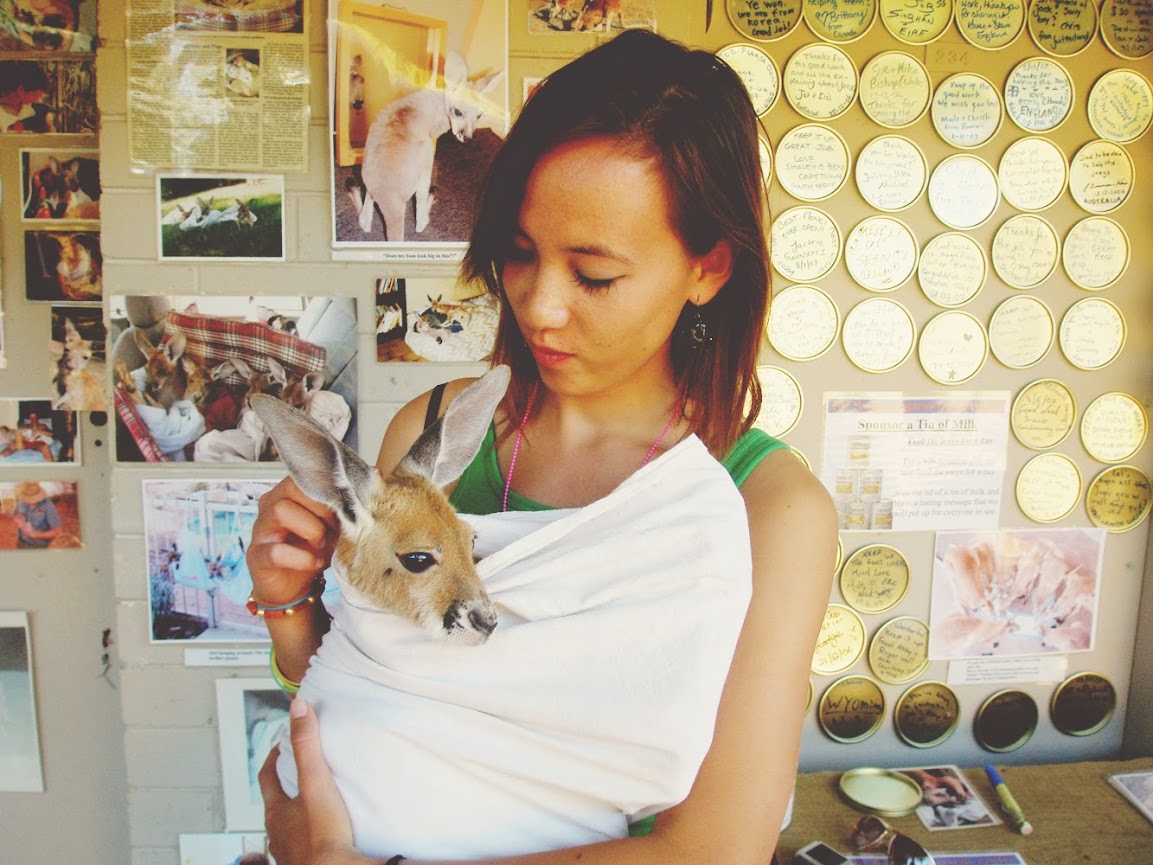 It is 2007. We are in the Kangaroo Sancturary in Alice Springs, home of Brolga, now the star of Kangaroo Dundee. The Sanctuary (or refuge) is a reserve where Brolga’s mob of 25 kangaroos live. Joeys of more than 20 young kangaroos are called a ‘Mob’. The Mob is usually guided by two adult kangaroos, a leader and an assistant Joey Leader. A leader must be a female when there are female kangaroos in the mob. While the Joey kicks inthe bag (the linen is to protect yourself from the enormous power of the Joeys) Brolga tells about the shelter, he has launched two years earlier. Kangaroos are sometimes shot by the aborigines because they are a delicacy. Often, it turns out, there is a baby in the mother’s pouch. These are left to their fate. Brolga is seeking for left Joeys and catches them. I feel love for the Joeys, yet I feel sorrow and anger. But I also feel love from Brolga and passion for his work. We donate some money and say goodbye to Brolga, his assistant and the babies.

Brolgas center quickly became a wildlife refuge in 2009. He receives donations from all over the world and now has his own show in Australia named: ‘Kangaroo Dundee. His dream? The construction of the first wildlife hospital in Central Australia. 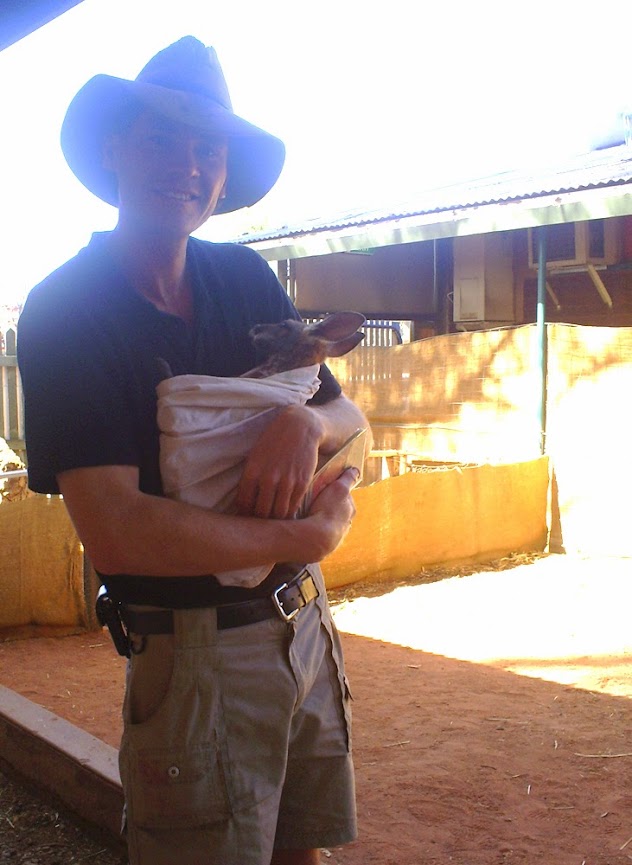 P.S. sorry for the poor quality pictures,8 years ago I had no fancy pants camera