I finally went on my first festival where you have to camp. It always seemed so nice, but I kinda have a little bit of hatred for camping. Blind of traveling as far as possible I forgot the Netherlands also has beautiful festivals where you can relax, attend clinics and enjoy the vibe of the board lifestyle. You don’t have to travel far to do boardsports in Holland (Yes an island in Indonesia, of course, sounds much more exciting), but here in Holland, it’s also around the corner. There are waves to ride, roads to skate and bands to listen to. In order to create that extra boardsports feeling, of course, there is nothing better than an island, your tent and boardsports friends around you. Time for a spy into MadNes, the surf & skate festival of Holland.

Friday we (my friend and I) set feet on shore. We left the car behind in Holwerd, the place where the ferry to Ameland departs. Along with a whole group of board lovers we drove by bus towards the MadNes camp site and walked to the place where our friends from Amsterdam had their tents installed. After that we had to make ourselves ready for our very first clinic. Madnes is all about surf & skate clinics, music, culture, food and green. The beach called Nes (it’s in the name of the festival) is the base camp. Here we filled our days and nights with joy.

It’s Friday five o’clock. Our first clinic: surfing. a bit disappointed in Netherlands; the Dutch weather is more often terrible for surfing, but we try that 30 cm high waves anyways. And that’s pretty tricky though, surfing on nothing.. Anyway if only to practice for that big Mama’s that we hope to catch in France in August. After the clinic we automatically dry from the hot sun and go straight to the mojitos at the Caipiboys and the toasted sandwiches of Heet Brood (which means hot bread). We fill the evening with Australian bands like Waxhead, a little Techno and secretly we walk along the Karaoke Bar (no, not to try) and then relax on our inflatable beds in the tent.

Saturday I have a full day of clinics planned. I had to start the day with meditation, but this oldie can’t handle all those alcoholic beverages and noisy people waking me up in the night. I skip the clinic and try the next one I have planned at 2 p.m.: windsurfing. For a moment I doubted if I had to go, the wind on the beach and the cold sea didn’t feel right. Ofcourse I did go and I loved it! It’s so much fun! So difficult and hard for my back but sounds like a new hobby I have to try!

I later try a graffiti workshop, hulahoop (also such a fun hobby), eat pancakes, test my balance on indoboards and dance on a German DJ. Sunday morning I attended the last clinic; SupYoga, where I meet with the fun girl behind the organisationk. We paddle some meters in the North Sea on our supboards and have a morning yoga session. It goes well until we have to close our eyes and I get seasick. The last five minutes it’s either jumping into the sea or look ath the horizon. Both seem to help against seasickness. I choose the latter, I don’t feel like getting wet. Moments later I pop into the water anyways trying to stand up and sup fail.

Madnes you were fun! 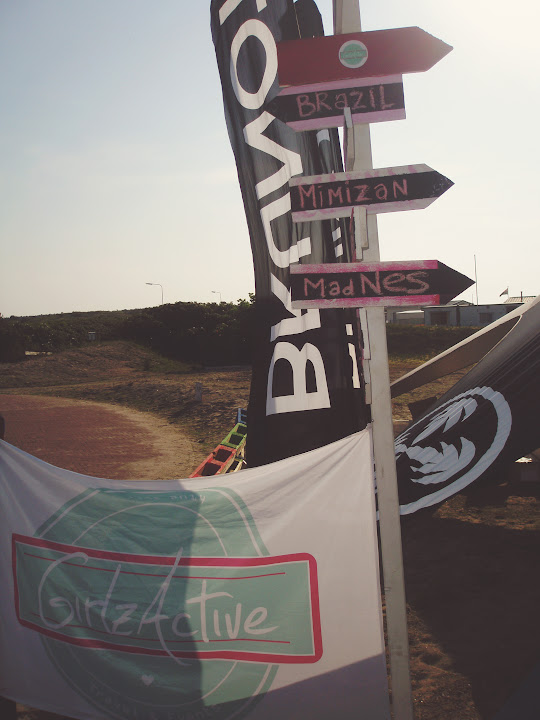 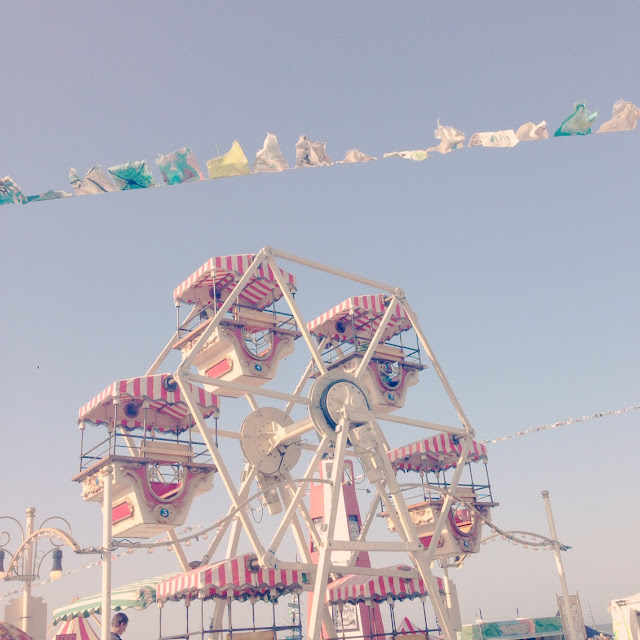 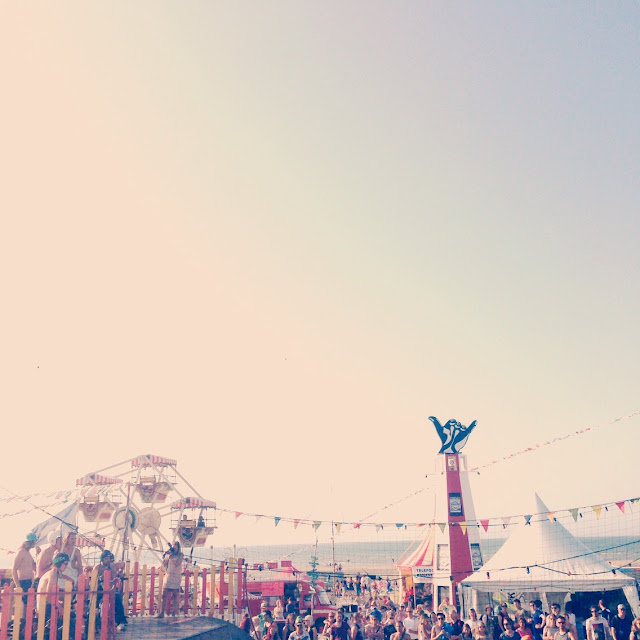 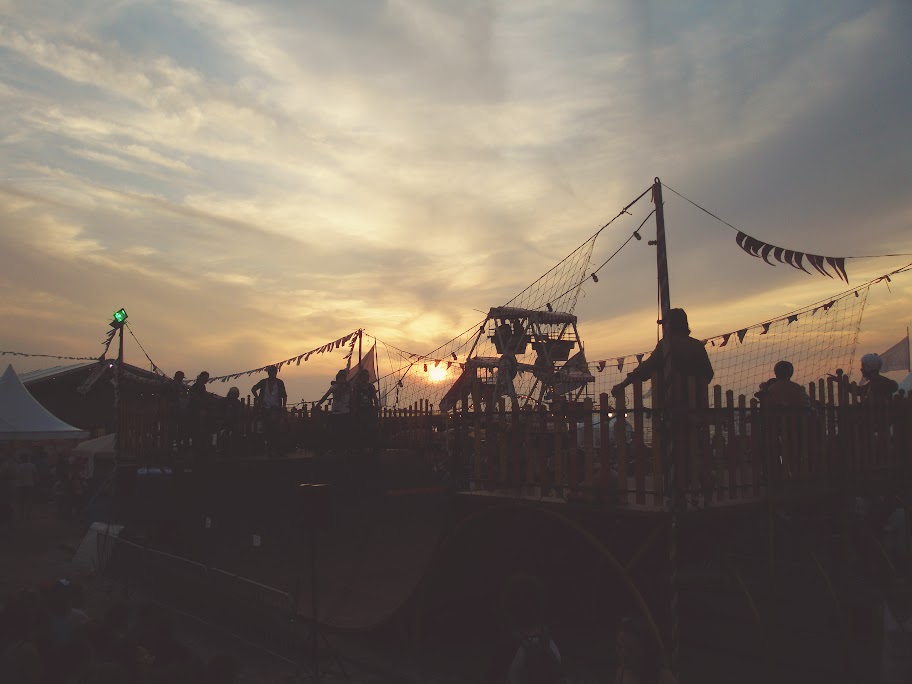 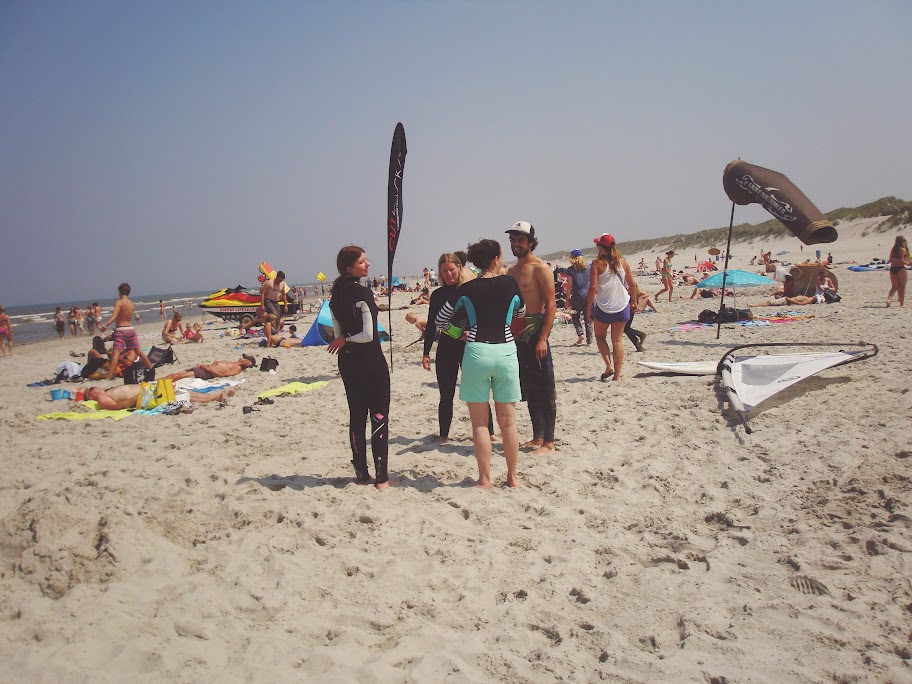 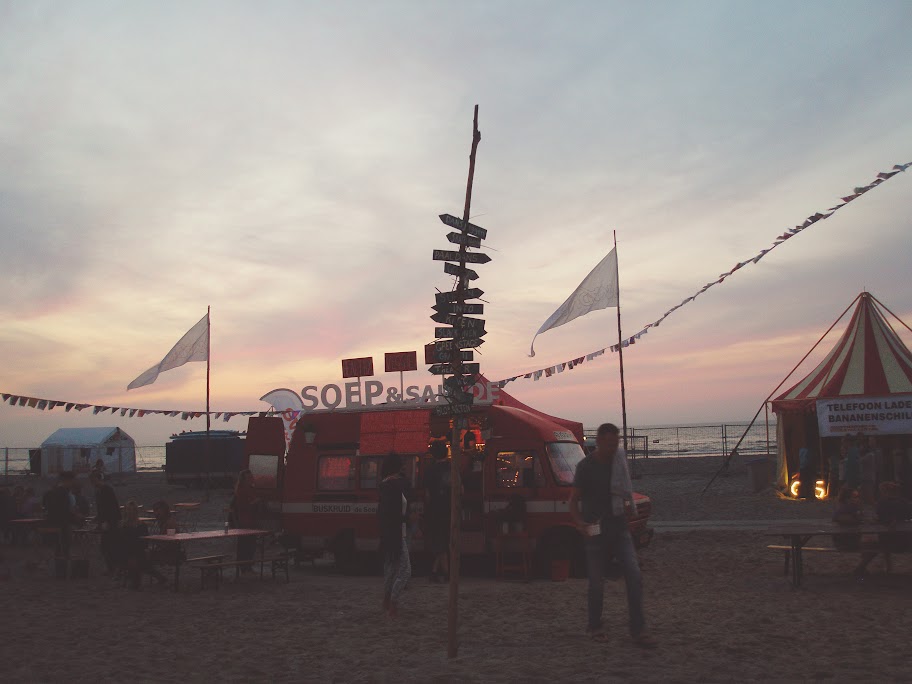 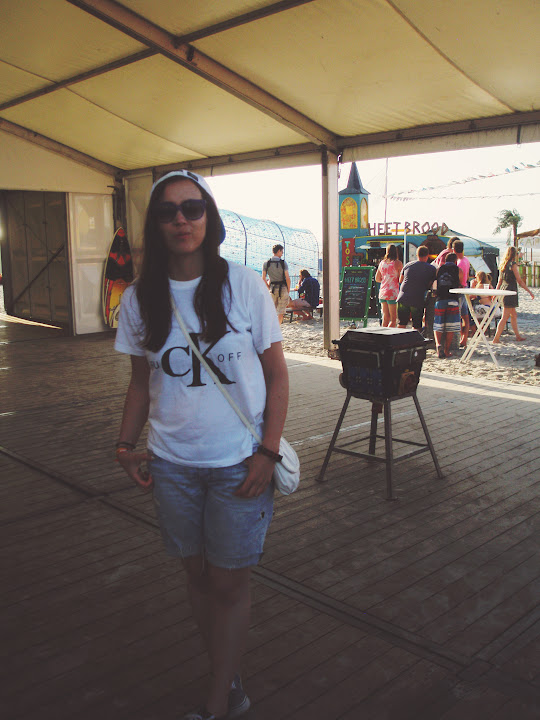 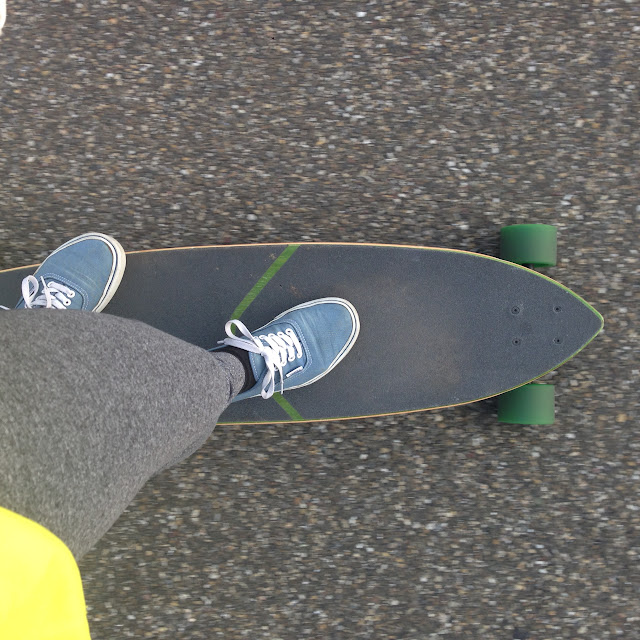 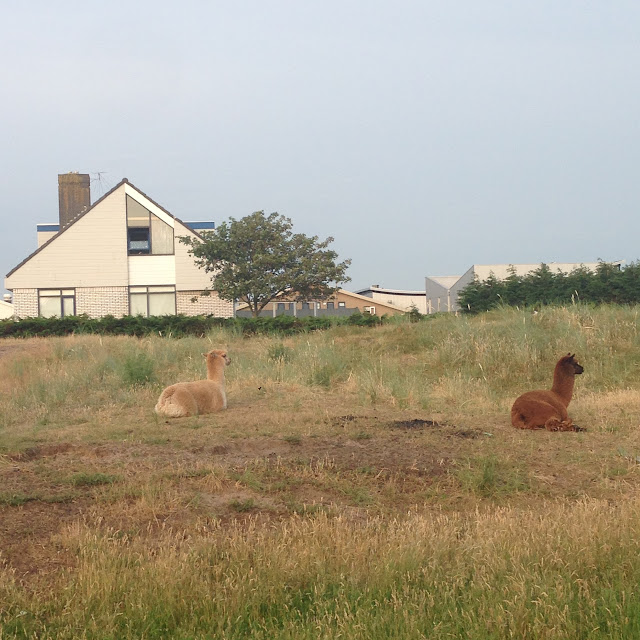 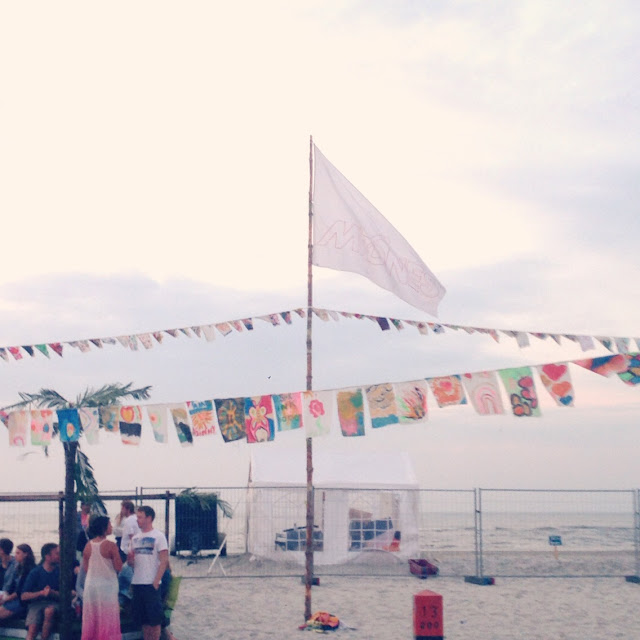 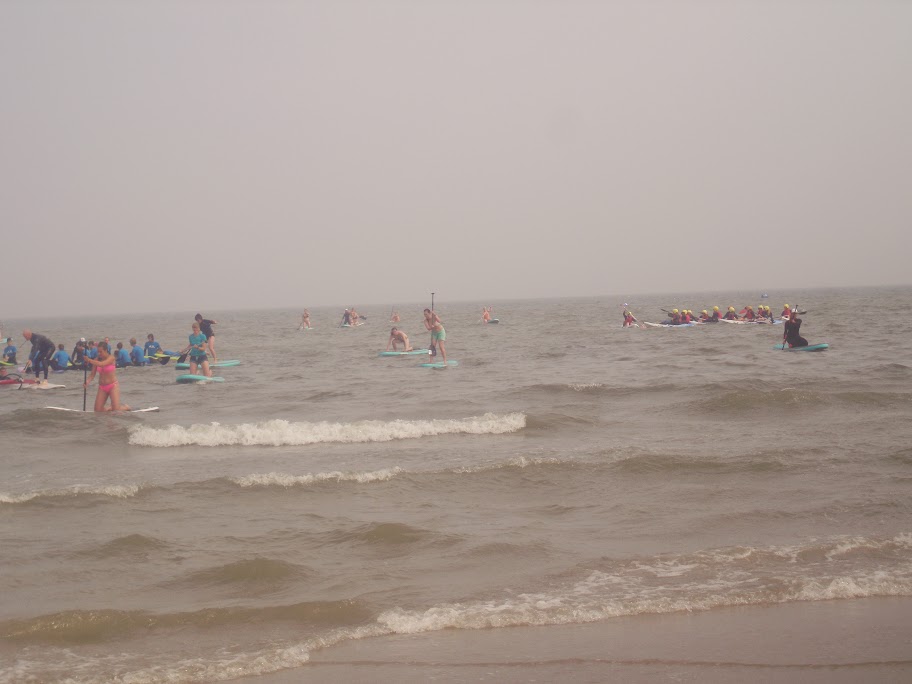 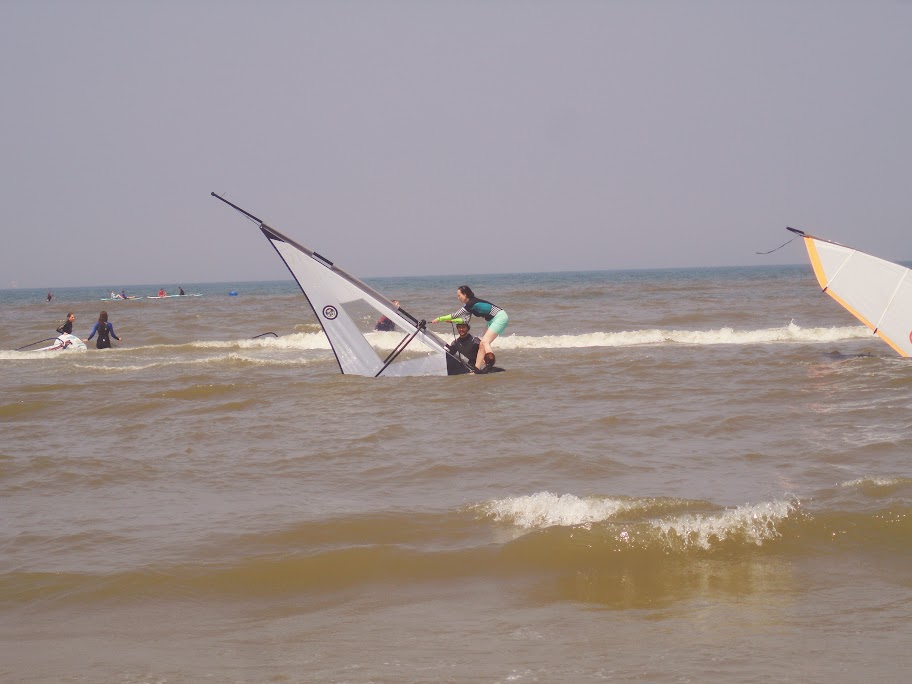 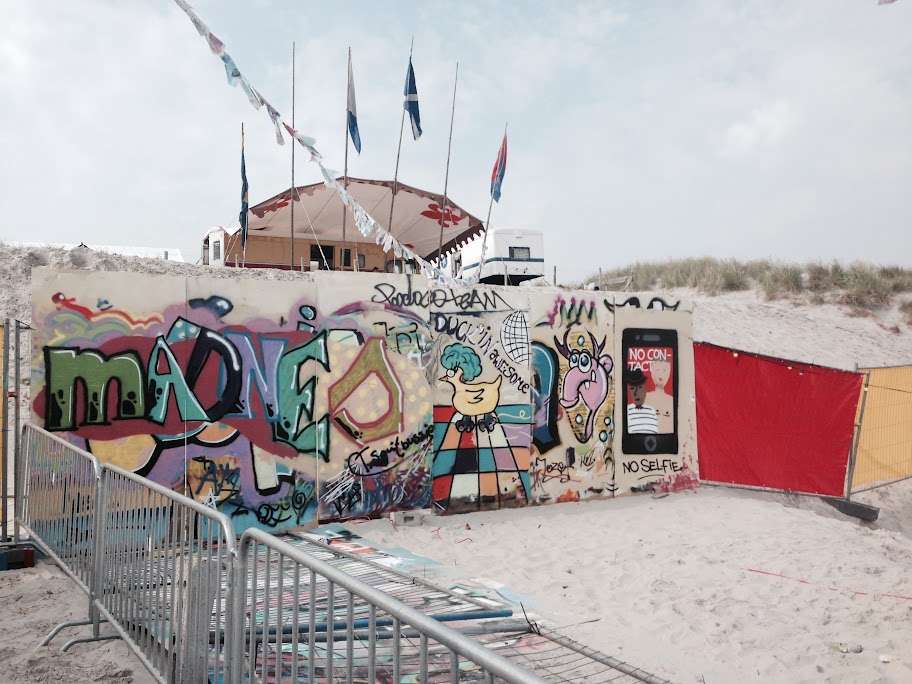 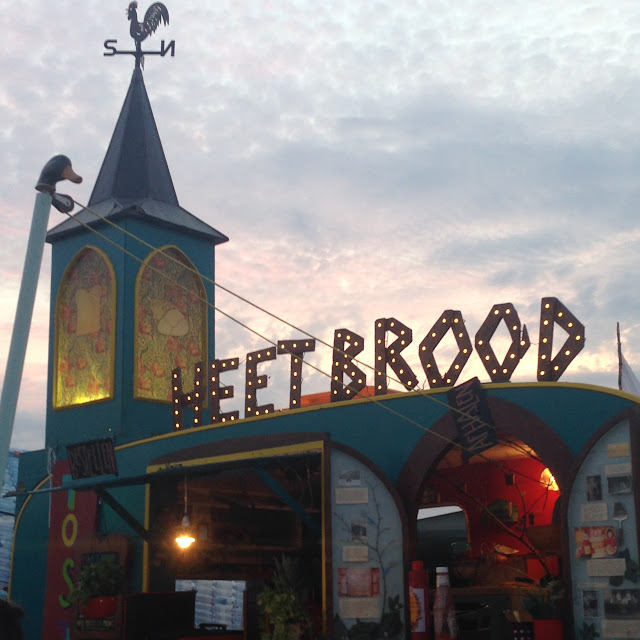 I can only recommend MadNes. A ticket from 112EU you have including camping, eat three times, clinics and music performances, and skate culture. A nice way to get acquainted with all kinds of sports and the board (board) lifestyle on one of the nicest islands of Netherlands. And when we had a luck with the weather!

Until next year? Are you ever been?