Indoor skiing in the Netherlands: here’s where to go

Read it later? Pin it!

SnowWorld is the largest ski hall in the Netherlands with five slopes and eight lifts of which 6 are chair lifts! It is not really around the corner if you live in the north of the Netherlands, but indoor skiing in Landgraaf is definitely worth it!

SnowWorld Landgraaf has a red slope, its own 4-star hotel and real snow! You can find Landgraaf’s Snowworld in the south of the Netherlands, close to the German and Belgium border.

SnowWorld Zoetermeer – close to Rotterdam and Den Haag – has 3 slopes and a children’s area. Also does this skicentre have 9 lifts, including 5 ‘drag’ lifts (I couldn’t find the right translation for this one, but they’re these kind of lifts) andSnowWorld Zoetermeer claims to have the steepest slope in the Netherlands with a decrease percentage of -20%

Where to find it: Landgraaf & Zoetermeer

Must have!: Book 2 single train tickets with the Dutch train (NS) for just €24

I was here in December with Chicky Clinics. There are two slopes, one 100 and one 230 meters long with, again real snow.
Where: Velsen 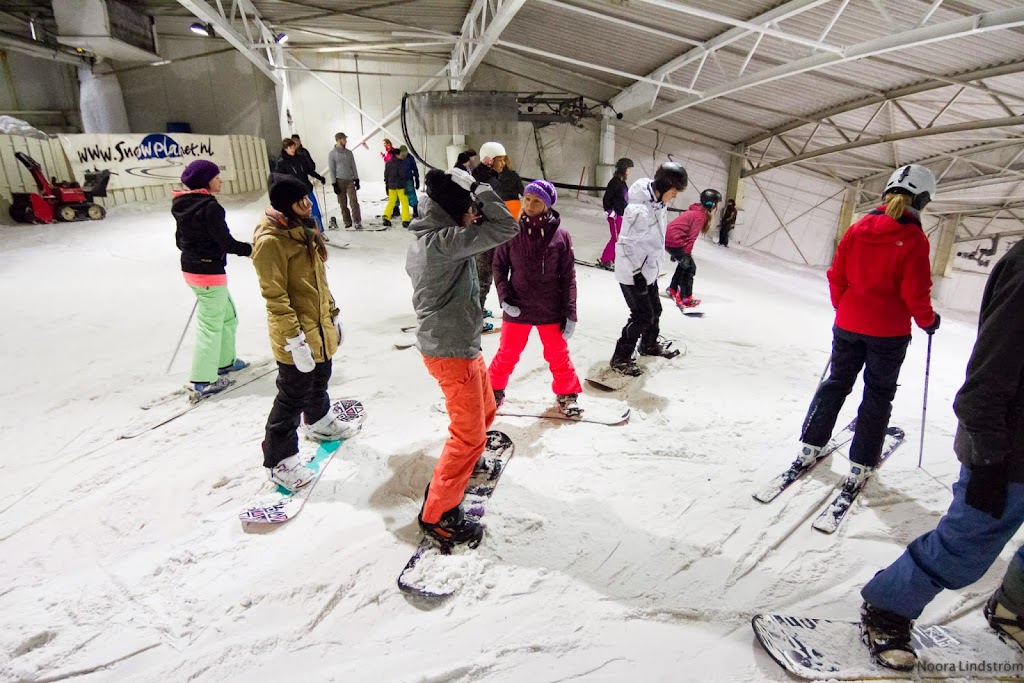 Skidome
Skidome in Terneuzen has a Big Air in the fun park where you can land softly after performing awewome tricks. In Terneuzen there are two runs of 220m and 110m with real snow. The track in Rucphen has 4 slopes ranging from green to red and also a fun park for advanced.

Where: Terneuzen (Zeeland) and Rucphen (Brabant)

The slope of ‘the Uithof’ is 225 meters long and it has 4 lifts. For children and beginners there are special lifts. Also there is real snow!
Where: The Hague

Montana is located near Eindhoven in the south of the Netherlands and has a 140 meter long slope with real snow.
Where: Westerhoven

I reckon we have real snow in every indoor ski center!

Where do you go to in your country?