Event report: 2 days in Ghent and the Gentse feesten

Do you remember that quickie in Ghent last week? At least, if you are my stalker;) And that I haven’t posted in a while? Shame on you Eve. So last week I was for 2 days in Ghent. Including 5.5 hours, travel by train per day. After that quickie I can say that I’ve seen a lot. And that my weekly one hour swim isn’t quite enough condition Evey, condition.

For your information. It was on a press trip and we were almost running through Ghent. Food here, narrated tour there, shooting, hotspots, write it all down for a blogpost and in between also enjoy it ofcourse. Enjoy wine in a small boat, spot graffiti and stories of graffiti artist. I love the stories behind illustrations, art, the person.

And of course we went to the famous Ghent Festival, including a behind the scenes look at the Ghent police (so cool!). Interesting to see how many monitors there are in the city, how far they can zoom in, but above all how well regulated it is. You feel safe and watched at the same time. Sometimes I tend to get crazy in front of the cam when we were back in the centre again, because I know that the’re looking.

The ‘ Ghent Festival ‘ is (are) the annual event in Ghent and known as the third largest European festival (at number one is the Oktoberfest, number two is Las Fallas in Valencia). I can say that it is a beautiful city is that sure tastes like more. I’m a sucker for buildings from the 1500s. For cities surrounded by water, greenery and cute streets with shops that were born, long beforeour grandmothers were. And the Gentse Feesten, read  the beautiful impression of blogger friend Michelle here in Dutch.

For 2 days from Groningen (where I live) it takes quite some time by train. I’d recommend you to go by car or if you leave from Amsterdam, Den Haag, Rotterdam the train is fine. For me it was 5,5 hours, a little bit too short to go for one or two days, since it’s like you’re only travelling. But anyway, I am travelblogger for you to find out. It was all worth it and I recommend Ghent because it’s such a cute little town. Soon i’ll post some hotspots, for now let’s spy into some photos and a video I made!

The most delicious meatballs at Balls & Glory! 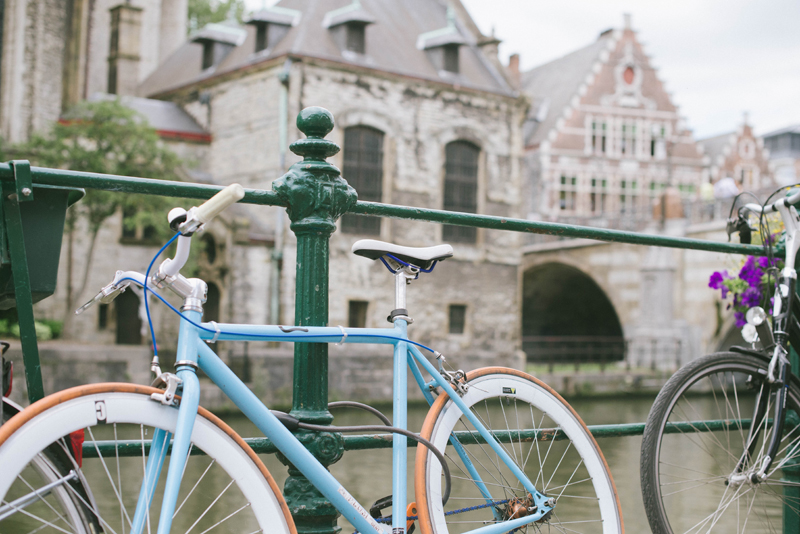 A trip through the city, along the water, but also on the water

Of course with the amenities. If there is alcohol I am happy. Yes, shallow me.

Ghent noses tasting, a bag to take home and eat ’til you’re sick

Have you been to Ghent? And what did you love about it?